The Cover Your Gray haircare product family is a well-known brand in the United States. Commissioned by the Fisk Group, our company oversaw the products’ introduction to the European market.

Cover Your Gray primarily aims to help customers cover their roots and grey hairs that have appeared between two dyeing sessions. Their products mainly offer a solution to women over 50, but the portfolio also includes merchandise developed for masculine use.

Cover Your Gray chose to concentrate first on the German and Austrian markets. Brand communication had to be constructed from the basics to gain entry into the market. The first phase of the introductory campaign was to launch the German version of the original website, which included an online webshop.

Following the construction of the German-language homepage, we conducted multi-level keyword research aimed to map out the various online searching habits of the target audience. In January 2017 we launched a pay-per-click ad campaign in German, using the AdWords and Facebook advertising system. Targeting has been narrowed down both on regional and demographic bases to ensure that creative materials specifically designed for the target audience would be able to provide us quality feedback.

As a result of continuous optimization, our creatives have successfully reached the optimum point, where any interference would have been unnecessary, and the potential of the invested campaign cost has fully been explored. 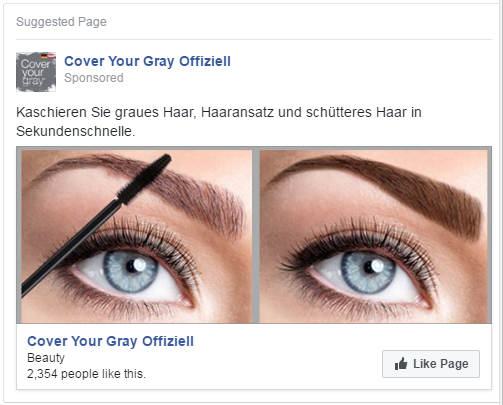 The German-language Facebook page has acquired 2000 followers within the first 4 weeks of the campaign, and weekly posts have reached ever more users. The systematic content building was able to maintain consumer interest supplied the basis of the campaign—this we view as the biggest task of online marketing.

BAKING STARTS WITH LOVE—AND A GOOD RECIPE!CREATIVE BEHIND THE “GREAT RAMA BOOK” SCORES FURTHER SUCCESS IN THE CZECH REPUBLICA LADYBUG'S VICTORYIN HARMONY WITH NATURETHE MOST BEAUTIFUL HERENDI PORCELANIUM ADVERTTHE BIG WEIGHT LOSSWE'VE GOT PAYA, THE WINNERIPULI, YOU'RE THE BESTAND THE SECOND PLACE GOES TO... THE HEREND BUTTERFLY